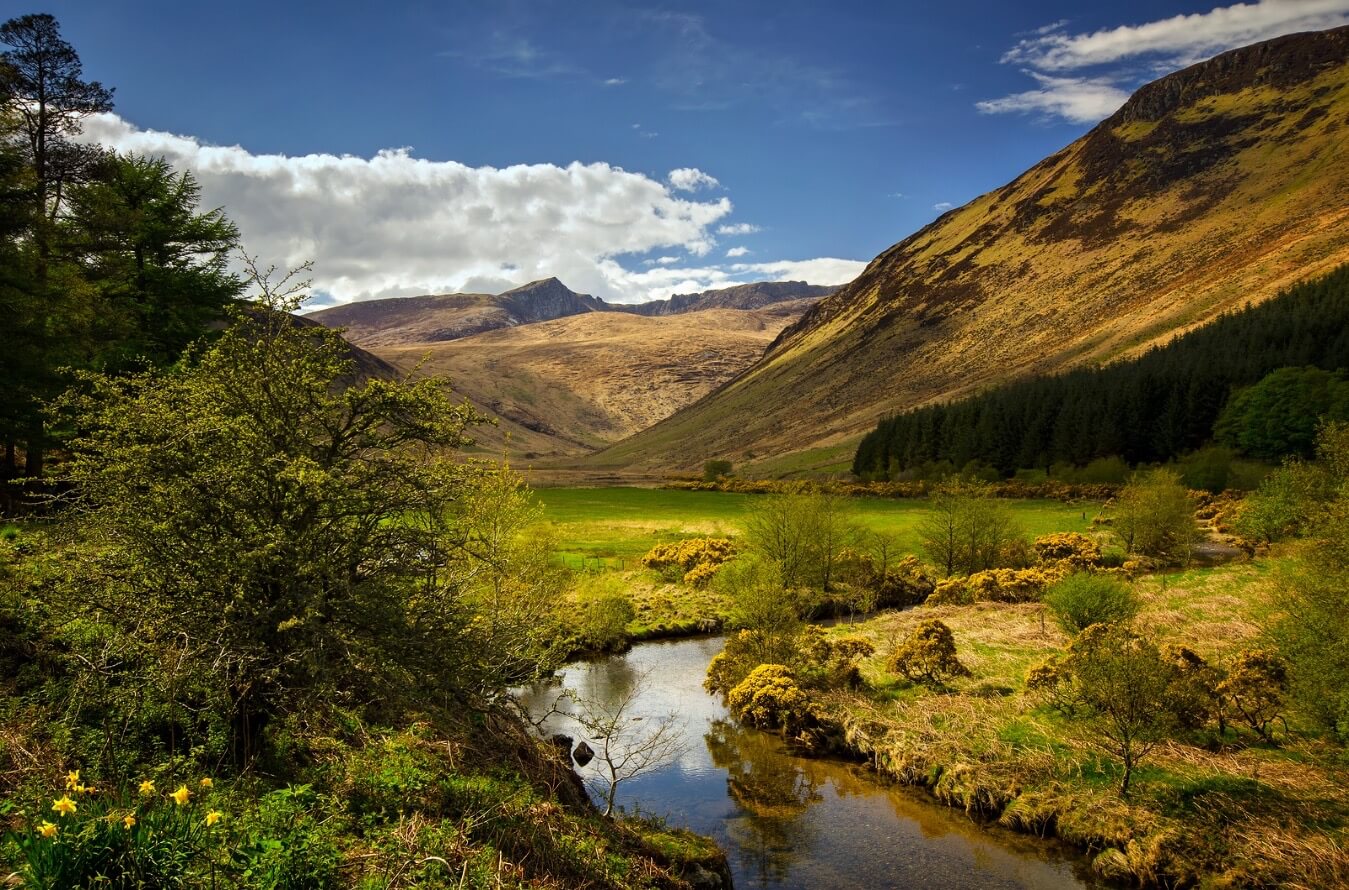 Last month, we published a comprehensive West Coast of Scotland sailing guide on our blog. While we researched that piece, we included a small section about the Isle of Arran. However, it occurred to us that Arran was such an amazing place that it deserved its own Flamingo Yachts guide. That’s why we decided to offer some information and advice for anyone interested in sailing to and exploring this beautiful island.

Why Take a Sailing Holiday to Arran?

There is more than enough to do and see on Arran if you have no interest in sailing, but we think that sailing to and around an island gives you a better perspective than simply catching the ferry there. There’s something about finding your way to Arran on your own, about seeing its steep peaks in the distance that allows you to get a good idea of the island’s overall shape and character. In our view, any Scottish island holiday could be vastly improved by making it a chartered yacht adventure!

Setting off from Largs 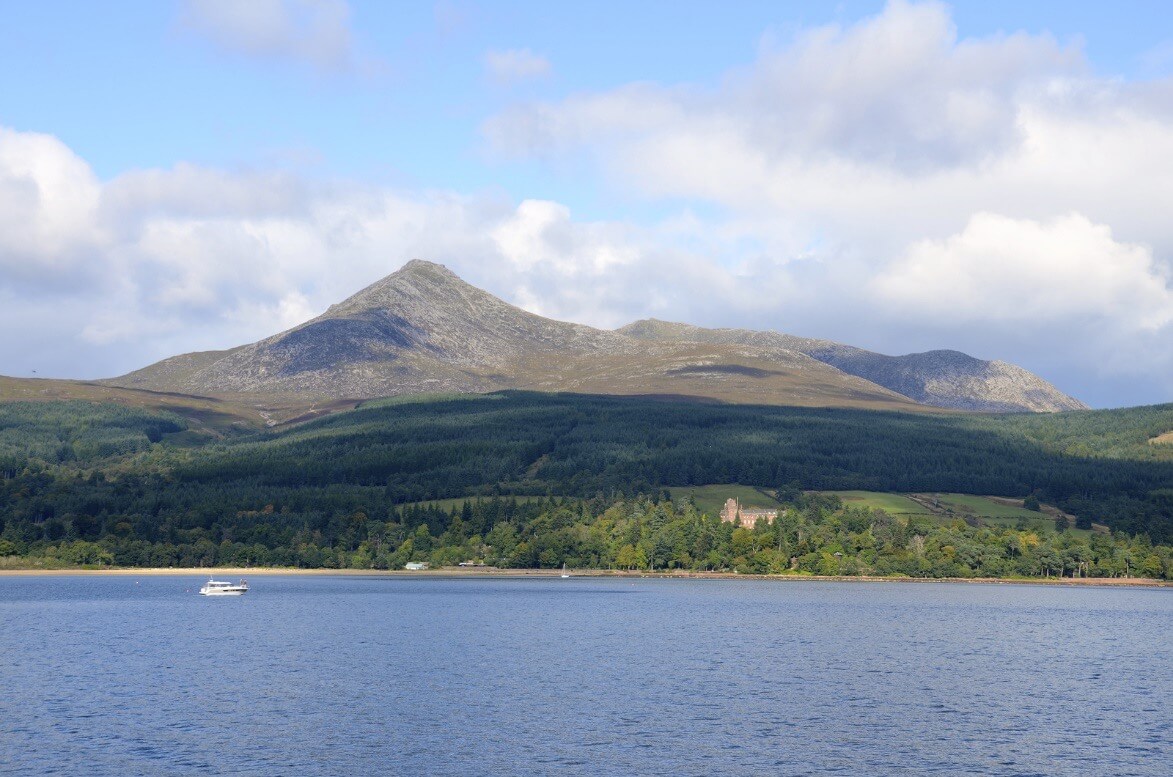 Sailing to Arran: Brodick with Goatfell in the background

Arran’s position on the West Coast of Scotland makes Flamingo’s base at Largs Yacht Haven the perfect starting point. Pick up your Flamingo yacht at Largs and sail 16 miles to Brodick on Arran or a little further to Lochranza. (But we’ll talk a little more about both Brodick and Lochranza later.) The West Coast of Scotland is famously rugged and beautiful, but one thing you may notice on this journey is that the Kintyre Peninsula to the west of Arran shelters the waters slightly from the worst winds and sea currents. So, expect clear sailing and beautiful vistas and you won’t be disappointed!

Why do They Refer to Arran as “Scotland in Miniature”?

The Isle of Arran is the seventh largest Scottish island and the largest island in the Firth of Clyde. Interestingly, Arran is split by the Highland Boundary Fault that cuts across the whole of Scotland, splitting it into the Highlands and the Lowlands. This means that the geography and geology of Arran looks like and behaves like a smaller version of Scotland. Arran is truly a geologist’s dream location, but even if you don’t know all of the names of the rocks, it’s still a fascinating place to explore. Explore Arran’s Highlands and the Lowlands and see if anywhere feels similar to somewhere you know on the Scottish mainland.

Your first stop might be the town of Brodick. You’ll find moorings at Brodick, which is situated in the middle, on the east side of Arran. This is a brilliant place to moor your yacht and explore the island as Brodick is Arran’s main town, so you’ll find plenty of local pubs, restaurants, and cafes to help you get a taste of Arran. There are also plenty of shops and other sights to explore.

Brodick is famous for its castle and grounds, which you’ll find to the north of the town. Brodick Castle was once the seat of the Dukes of Hamilton and the area has plenty of history that has been expertly collected, collated, and curated by The National Trust. The castle looks more like a miniature palace than a fort or a smaller motte-and-bailey castle. Brodick Castle was the seat of one of the most powerful families in Scottish royalty, so its grandeur is to be expected. Be sure to take lots of pictures! You can find out much more about Brodick Castle on the National Trust website.

A pair of red deer grazing near Lochranza Castle

Lochranza is an idyllic little seaside town on the north coast of Arran. If you like, you can sail to Lochranza first, instead of visiting Brodick first. The village gets its name from the small sea loch on its shore: Loch Ranza. Ferries come to Lochranza from Claonaig on the Scottish mainland, but other than people arriving by ferry, Lochranza is less busy than the bigger town of Brodick.

Lochranza is a famously good place to spot red deer. They even make their way onto the golf course or the beach, on occasion. You’ll also find plenty of grey seals and otters in its bay, so a trip to Lochranza is a must for wildlife enthusiasts.

There is also a small castle at Lochranza (image above), it not open to the public as it is more of a ruin these days but it is great for a photo opportunity. There is something undeniably charming about visiting castle ruins on a faraway Scottish island, imagining what it might have looked like when it was built hundreds of years ago. When you delve a little deeper into the castle’s history, you’ll discover that the castle started out as hall house in the late 13th century and was gradually built up over the years. You can find out more about Lochranza Castle here.

You can also visit the Arran Whisky Distillery, just to the south of Lochranza. This is Arran’s only whisky distillery and it offers a fantastic tour of their distillation process. Learn how Arran single malt and Arran Gold (a creamy whisky liqueur) are made, then have a free sample afterwards. You will need to book your tour in advance, so visit the official Isle of Arran Whisky Distillery website. 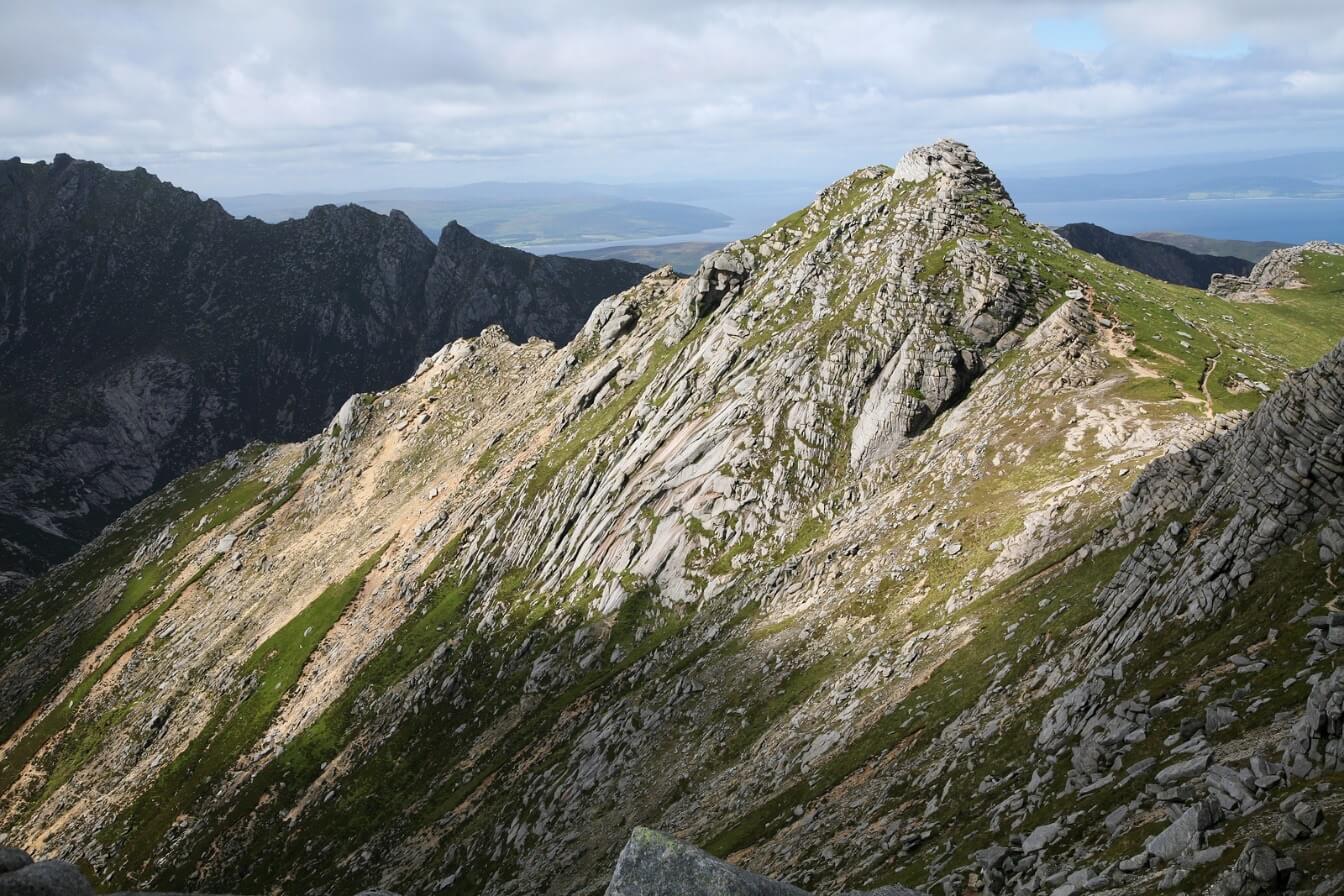 After visiting the different charming towns and villages of Arran, you may have noticed the huge mountain range looming over the island. The highest peak on this range is Goatfell, and after a few days of looking at it you may be inclined to climb it… At 2,867ft, it is just under Munro height. Goat Fell isn’t an incredibly difficult mountain to climb; it’s definitely more of a hike than an expedition. Stock up on supplies and put on your best hiking boots and expect a hike of between 3 and 5 hours depending on the conditions and your walking speed. The stunning views of the Firth of Clyde, the Isles of Jura and Islay, and Ben Lomond in the distance make the climb more than worth the effort. Just make sure you set off early enough to ensure you can get back before sunset.

We hope the guide has inspired one or two readers to take a sailing trip to the Isle of Arran in the future. It’s an incredible place and arriving there by yacht, and sailing around its shores, is the best way to get the most out of this stunning island. If you have any questions about sailing or about our fleet of Scottish yachts, please don’t hesitate to get in touch. Start planning your next big adventure with Flamingo Yacht Charters.

Flamingo Yachts Guide to the Isle of Islay

A Sailing Holiday is the Ultimate Digital Detox

Why Should You Gift Someone a Sailing Experience this Christmas?

Flamingo Yacht Guide: Sailing and Exploring the Isle of Arran